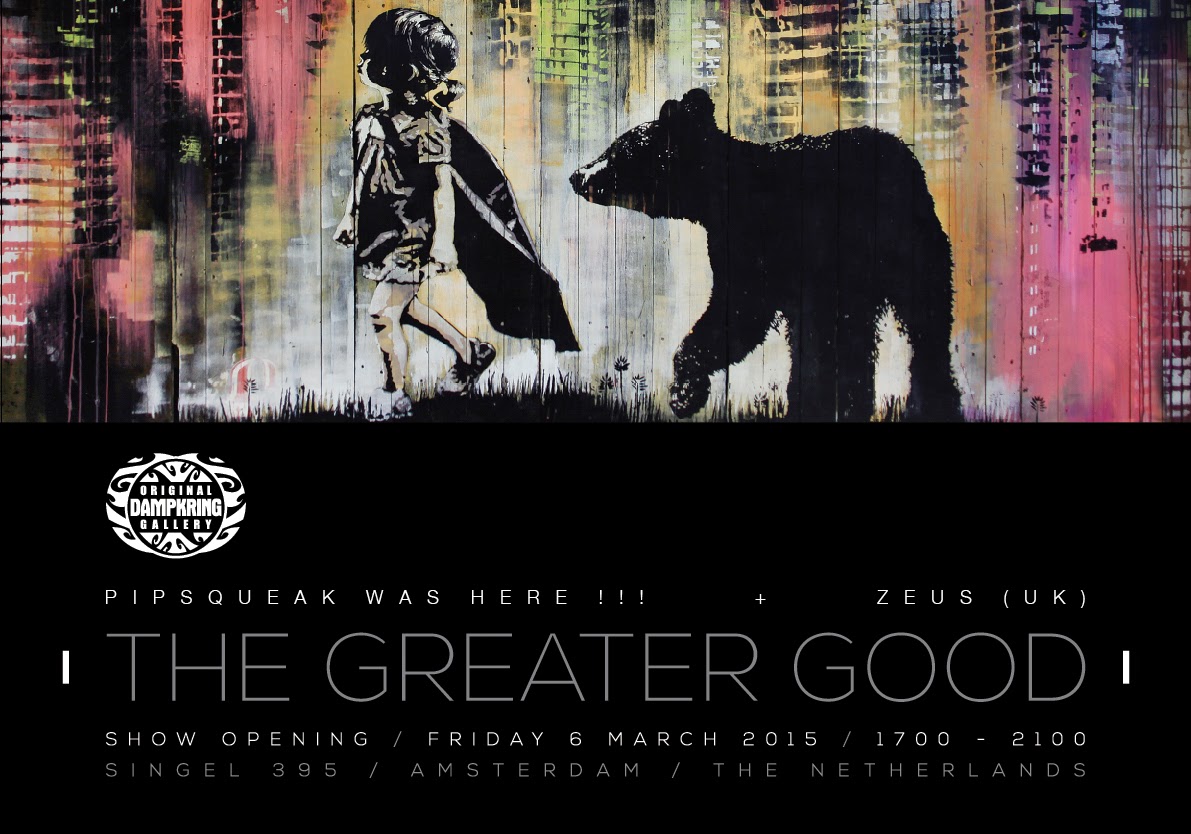 A pipsqueak is a loud, obnoxious little nobody, not afraid of saying the wrong things at the right time. A pipsqueak is a puny little thing that shouldn’t fight with a bigger bully, but does so regardless, on principle.

Pipsqueak was here!!! is an Amsterdam-based art duo that has expressed its principles and convictions for over 25 years through bold, outspoken works – on the streets and in galleries worldwide.

In a time of dwindling forests and sprawling concrete developments, Pipsqueak makes us aware of the tender relationship that exists between nature and human nature.

Expect a whole new environment built inside the Original Dampkring Gallery, where nature and humanity will meet in an eye-opening installation. The Greater Good promises to invoke contemplation and discussion on our greatest conflict today – the way we humans treat our globe.
Posted by Pipsqueak 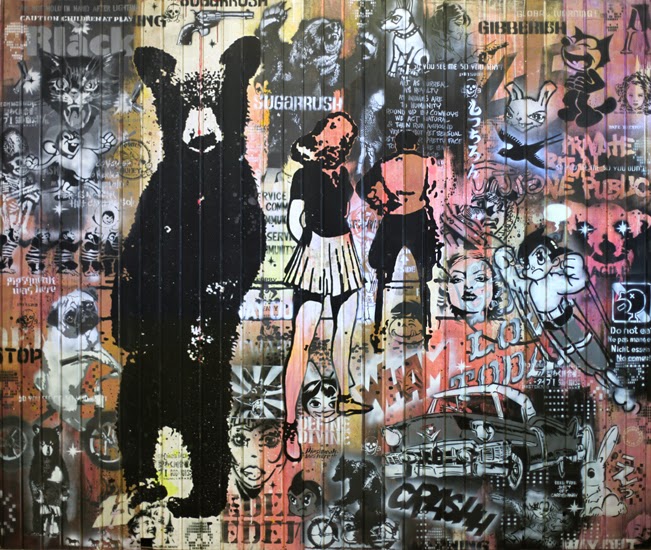 One man's trash, another man's treasure 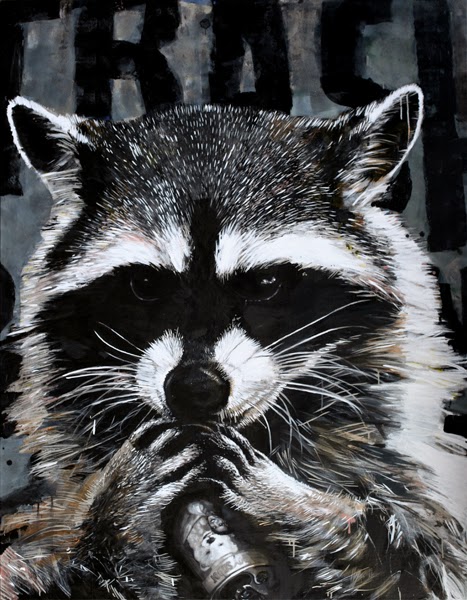